BECAUSE CHILDREN ARE NOT IMMUNE TO LOSS & GRIEF

Grief is part and parcel of life, even for children.

There are more than 40 major losses in life, and those most commonly experienced by children include:

Grief is an emotion, and no amount of logic or rationalisation can make it go away. Hence, telling a child ‘don’t feel sad’ and ‘stay strong’ simply doesn’t work — and it doesn’t help.

The good news is, grief recovery is a skill, and it can be learned. We can help our children process grief. 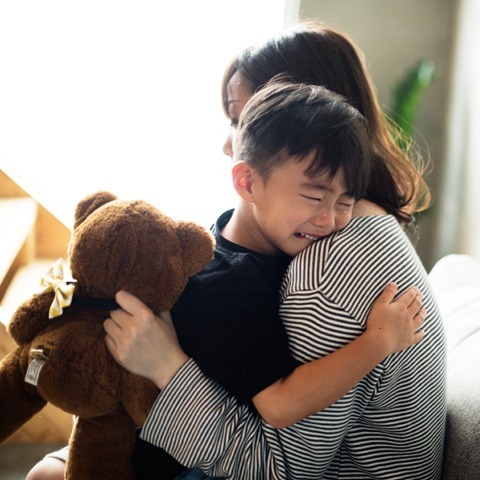 We adults perpetuate misconceptions about grief

We are not comfortable with grief, so we would rather our children suppress grief, and make it go away!

This makes us prone to dispensing clichés and prescribing ‘quick-fix’ advice such as:

These are not only unhelpful, but are actually harmful, because they hinder healing and recovery.

Grief is a natural and emotional response to loss.

For a child who has experienced loss, moving on is not merely an act of the will. Grief is not logical; it is emotional, so using logic does nothing to help a child recover from grief.

Children start on the road to recovery when we acknowledge the full extent of their loss, and help them articulate all the things they never got to say and do.

You can help them journey toward the place of acceptance and peace, having the ability to remember and cherish past memories without the pain and guilt.

With the right tools and the right beliefs about grief, you can help them recover from grief.

How I helped my children grieve…

when their grandfather took his own life

by Y.L., a Whispering Hope client and a mum-of-two

What happened
My Dad had always led an active and independent life. Everyday without fail, he would fetch my children from school. He was a very involved grandfather.

Early one morning, after a 8-year battle with cancer, he took his own life… and life was never the same for us again. 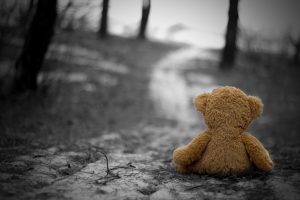 Nothing can ever prepare you to break such news to your kids, but we did the best we could.

How I broke the news to my children
Nothing can ever prepare you to break such news to your kids, but we did the best we could. My children were still in primary school then.

I didn’t think it wasn’t possible to hide the truth from them, as they were very observant kids, and they were well aware of Grandad’s condition. In fact, they last saw him 3 days before he died. Even though he was already breathless, they could see that he was well and alive.

Together with my sister, who also had children of her own to explain to, I decided that honesty was the best policy. I told them the truth.

When we broke the news to them, they broke down and cried very hard. It broke their hearts.

I didn’t know how to process my own grief, much less help my kids process theirs.

The thing about suicide is that it throws a shroud of shame and secrecy over the whole family. It creates a conspiracy of shame, secrecy and silence. No one wants to talk about it, nor do they know how to.

Friends came to the funeral wake, but they had no idea that my dad had died of suicide. Only a handful of close friends knew the truth. Some advised me to “be strong”. It turned out to be unhelpful advice that hindered my healing.

I kept myself busy, and just focused on getting on with life. Outwardly I was able to function, to work and take care of my family. But inwardly, I could not get over the self-blame and regret. I felt I should have known better; I could have prevented his death.

I could not stop blaming myself. 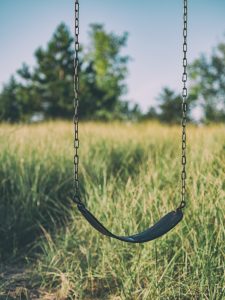 I could not stop blaming myself for my dad's suicide. I didn’t know how to process my own grief, much less help my kids process theirs.

Going through the Grief Recovery Method® (GRM) program at Whispering Hope helped me realise that grief is not a bad thing to be avoided or suppressed. I could take time to grieve, instead of trying to be strong. I learned that I didn’t have to grieve alone.

Through the program, I took step-by-step specific actions to complete the grieving process. The program taught me to re-learn and re-look; to have the right perspective and knowledge, and to use the right action-based tools to walk out of my grief in a shorter time.

Each time I walked away from the sessions, I felt freer, lighter and happier. The dark cloud hanging over my head began to dissipate. I began to feel that there was, once again, hope and meaning in life.

I realised that I can’t undo what happened, but I can still find emotional completion and closure. That has been my biggest takeaway Today, despite the loss, I am able to cherish fond memories of my dad without feeling the piercing pain in my heart. I have learned to recover from grief.

Healing has begun in me. I don’t think I am done yet, but now I am in a place where I can begin to help others. I hope sharing my story will somehow help others who are in a dark place. 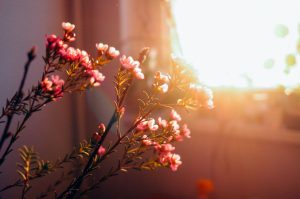 Today, despite the loss, I am able to cherish fond memories of my dad without feeling the piercing pain in my heart. I have learned to recover from grief.

Processing my own grief helped me talk to my children about their grief.

I learned from GRM that we should not grieve alone and quietly. So I checked in with them and asked how they were feeling. They said they missed him. I would ask, “What do you miss about him?” He used to bring them and their cousins out to eat. These were the things they missed.

After school, my children would be with Grandma. Grandma would talk to them about Grandad too – the kind of a man he was, how much he loved them, and so on. She sought comfort in being able to talk about him. So we did not shy away from talking about him.

I still tear when I talk to my children about my Dad, and they are at ease with my emotions. They too tear when they talk about him. So as a a family, we learnt to grieve quite openly.

I try to keep the communication lines open so he can talk about it whenever he wants to. It’s important to press in, but not intrude upon his grief.

Losing someone to suicide – again

This year, six years after Grandad’s death, my 14-year-old son found out that his classmate died by suicide. It hit him hard. Initially, it was difficult for him to talk at all. He kept silent all day. Then, he was able to articulate that he was not feeling well emotionally, and that he would rather not go to school the next day.

I was very concerned about my son. I took leave to be at home with him, and to speak to him here and there. Being able to sit with him during that emotional time was important.

I really felt for my son, who has to go through this traumatic loss not once but twice.  Sometimes we really don’t know what others are going through. His classmate was a smiley boy, and always very helpful. Everyone was very shocked. It happened all very suddenly. I think the questions linger on for my son: Why would my friend choose to die? What happened? These questions remain unanswered.

I try to keep the communication lines open so he can talk about it whenever he wants to. As a boy, he didn’t want to talk much about it. It’s important to press in, but not intrude upon his grief. If he is not ready or willing to talk, then I won’t push it.

It is so important for us as parents to be willing to grieve properly. Going for the GRM program at Whispering Hope helped me do this for my son. If I had not gone for the program, I would not have known how to do this.

So when you seek help, know that it is not just for yourself, but for your loved ones too.

It is so important for us as parents to be willing to grieve properly. So when you seek help, know that it is not just for yourself, but for your loved ones too.

“Helping Children Grieve” is a unique program that equips you, the adult, with the necessary tools you need to help the children in your life.

Whispering Hope is the only consultancy in Singapore that specialises in this program.

“Helping Children Grieve” is based on the Grief Recovery Method® – the only grief support program to have received the distinction of being evidence-based.

Learn More
Send a message
1
Hello, can we help you?